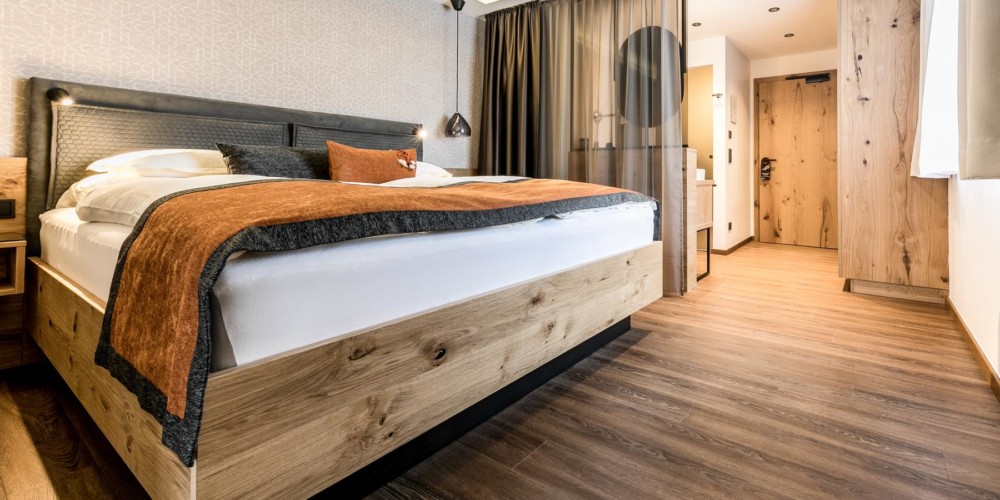 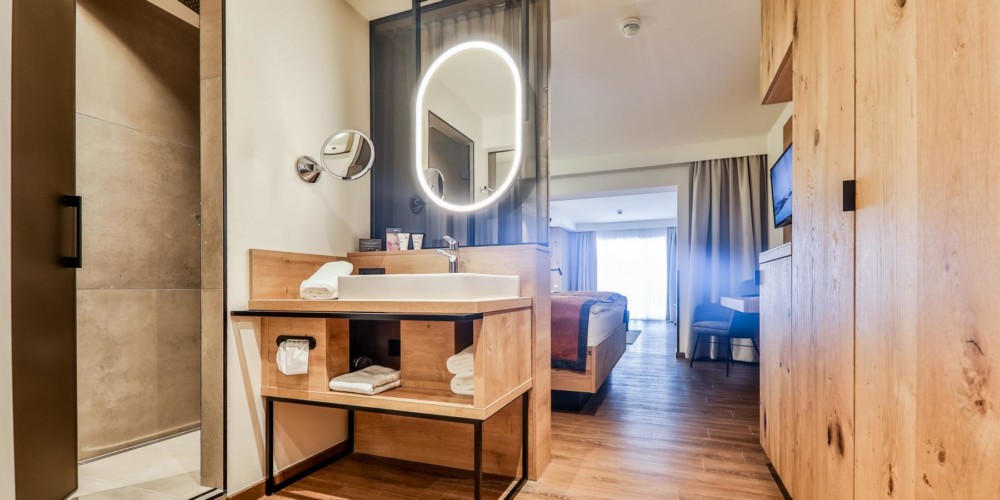 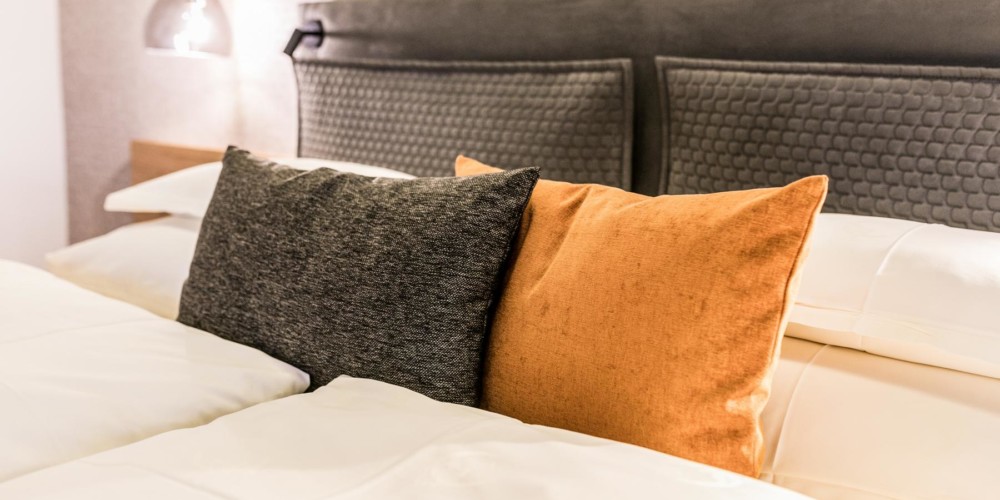 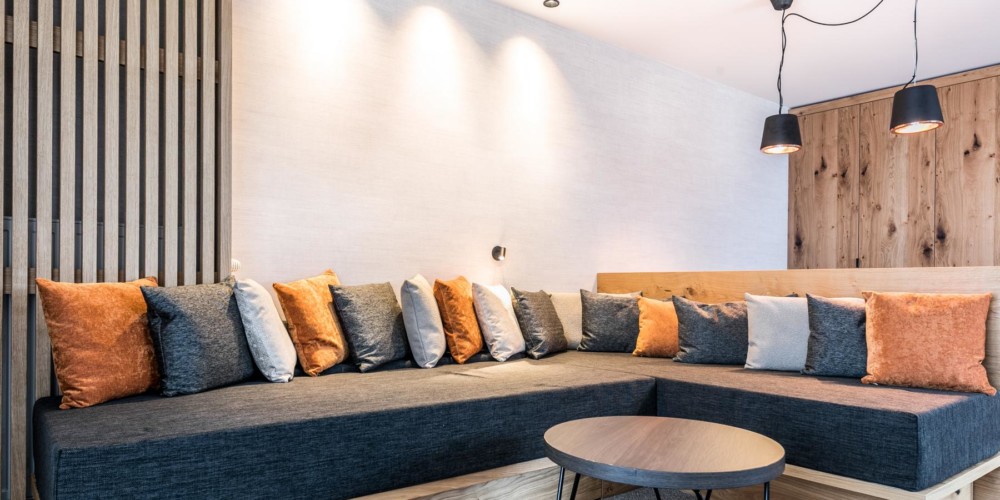 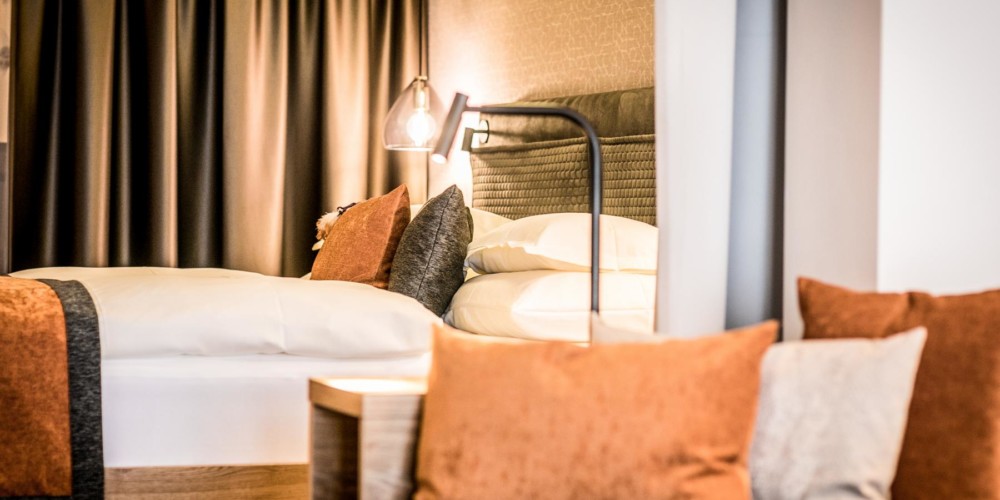 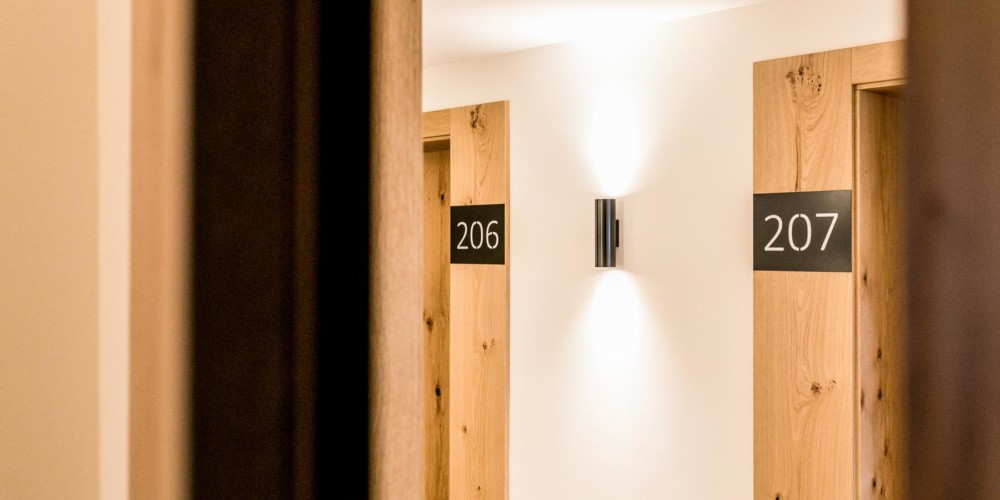 As general contractor VOGLAUER HOTEL CONCEPT was commissioned with the renovation of 48 rooms with varying need for refurbishment and hallways by Traumhotel Alpina****s in Gerlos, Tyrol. The owners were convinced by the interior concept of VOGLAUER, which rearranged the bathrooms from tiny to open sanitary oasis.

In a modern and solid look as well as in a timeless design vocabulary the rooms of the Tyrolean yoga and Ayurveda hotel present themselves. The theme “yoga & Ayurveda” was took up by the interior designers and interpreted consistent through the interior. The colour scheme builds upon the four elements of Ayurveda and special yoga furniture as well as couch landscapes were designed. The existing tiled stoves, which have already ensured a cosy atmosphere all the years before, were modernized in concrete look and the radiators were obstructed with wood lamellas as decorative interior elements.

The range of services offered included not only the design and implementation planning, but also the coordination of all renovation works. In just 15 weeks of renovation from building site facilities to key delivery the project was completed under perfect adherence to construction Costs.

“We would like to thank the company VOGLAUER wholehearted! The execution of construction work, coordination und quality is excellent. The renovated rooms look better than expected. We want to thank all employees who showed such a good performance. My Father is really proud on meeting the construction costs. This was unique in our entrepreneurial activity!”

MY HOME | MY HOTEL Rosenheim

The online shop for guest and staff rooms